Hidden Figures: Go see it. NOW. That is all.

Why, you ask? You had to make it so much more complicated and awkward. Here’s what we’ll do. I will try to explain why without throwing things or curling into the fetal position. You will agree to hang with me while I elucidate some truths and some issues I have with Hidden Figures.

You should see it because it has great box office numbers toppling Star Wars giant, Rogue One from its perch this weekend. See it because the drama-comedy is an uplifting and emotionally-satisfying film starring three great actresses, Taraji P. Henson (Katherine Johnson), Octavia Spencer (Dorothy Vaughan), and Janelle Monáe (Mary Jackson) who turn in stunning performances along with a host of other great acting talents such as Kevin Costner, Kirsten Dunst, Mahershala Ali  and Jim Parsons. But the answer is so much more complicated and nuanced than mere star power.

I love this movie. No question. It did everything a movie is supposed to do, engage my mind, move my heart, entertain my sensibilities and have me leave the theater uplifted by the experience. But for the first ten minutes of it, I absolutely hated it.

You see, there is a subtext in American movies which I recognize and always hate to see. Any movie which features Black characters from time periods such as the Antebellum South all the way to the Civil Rights Era depicts the senseless cruelty, the mindless devotion to the denigration of Blacks in film. There is always something biting, a bit enraging to know such unwarranted acts too place as a matter of course for hundreds of years and across millions of lives.

The thought of it always takes my breath away. On a bad day, it makes me want to throw things. But here’s the kicker: The movie depicts this as a period of time which would eventually end and these women and their incredible genius would be acknowledged. While the women enjoy their quiet triumphs by the end of the movie, beyond the fourth wall, we know better.

From the very title, Hidden Figures points out the poignant fact that while the recently deceased,  John Glenn (aviator, engineer, astronaut and U.S. senator) was a legendary national hero and adventurer lauded in American history, these three women who made his accomplishment possible remained invisible to the public. They were invisible to the general populace’s history books, invisible to the cultural psychology where their efforts and successes could have galvanized entire generations of young Black aspiring scientists, engineers and computer technologists across nearly six decades to envision themselves in the light of such amazing role models.

To the general public, this is the first time we are hearing about them. We are learning history through entertainment. That’s a damn shame.

Yes, President Obama and his beautiful First Family were the first Black citizens to ever reside in the White House who were not the cleaning staff, but he was treated with no greater deference than Katherine Johnson, Dorothy Vaughan or Mary Jackson were treated in this movie. The same mindless hatred of people of color shown in this movie has not ended. When I am personally confronted with it, either through police violence, racially-slanted media, or in the workplace, I am rendered emotionally breathless with the idea little appears to have changed in the intervening 60 years. That’s a damn shame, too.

Thus, the first ten minutes of this movie are frustrating in a way I can scarcely explain, except to say, I bow before such intellects who managed in that day and age to carve an opportunity out of such a culturally-intolerant period in American history where Blacks were treated with an undeserved unequal status and blatant disrespect. There were no reasons for it then and there are none now.

I felt my hackles rise as the movie opens and the three actresses are found on the side of the road trying to get to work and a White police officer pulls up to accost them. Yes, I said accost. Because that is essentially what he does. He is menacing and derogatory and only through deft handling by these three women do they manage to find themselves in the midst of a genuine miracle being escorted to work by the very same officer.

The movie is pretty much that entire series of events told again and again as each woman working as mathematical “computers” (yes, children before there were machines called computers, there were people who wore the title) and engineering support staff in the colored wing of the pre-NASA facility.

I bristled with every indignity they suffered and each time I had to listen to a self-righteous White person remind them of their place on the food chain, I ground my teeth in frustration, because much of what they endured still goes on today. Not so impolitely, but just as completely. Opportunities are lost, people undermined, futures crushed for no apparent reason. Brilliant talents squandered out of fear.

I think I enjoyed the movie far more than I expected to because I thought there would be more affronts and less opportunities for the protagonists to shine. I was never happier to be wrong. I admit to the movie having a pat formula, filled with feel-good tropes we have seen in almost any movie featuring Black characters overcoming racism. The musical score was clever and well-chosen and I smiled regularly when the music wove its way into the story.

The movie is visually stunning in its verisimilitude of the period. Having grown up during that time, their attention to detail was heartwarming, even down to bedspreads I remember growing up with. The pacing of the movie was excellent, nonetheless. No scene lasted longer than it needed to, no messages were overblown, it was subtle but clear in its message.

No matter our challenges, we can and will overcome them. Through death, divorce, the struggle to gain cultural and civil relevance, there will still be love, community, fidelity, loyalty and intellectual capacity displayed in a way I don’t see enough of in modern theater featuring Black characters with a clear message: We are as good as you and if you take your boot off our necks, we might be better.

Sorry, that was me. The movie didn’t say that.

It just showed three amazing women CRUSHING the competition, lock, stock and barrel. That it took another fifty years before anyone who didn’t work for NASA to learn it is the real crime. Three magnificent women who deserved just as much acclaim as the astronauts they helped into space.

Could Hidden Figures have been more than just a feel-good film?

Yes. However, I will happily accept this entry because it defies the cultural norms which undermine the idea of a lack of intellectual capacity in characters of color, changing a movie standard too long and perhaps too eagerly depicted. I hope future movies will allow minorities and characters of color the same chances to be relevant, to be depicted with dignity, humanity, capacity and intellect.

Katherine Johnson (physicist and mathematician), Dorothy Vaughan (teacher, mathematician, programmer and inspirational leader) and Mary Jackson (mathematician and aerospace engineer) are not the first Hidden Figures in American history. I’m hopeful they will not be the last. Goddamn, I loved this movie. You will too.

Thaddeus Howze is a writer, essayist, author and professional storyteller for mysterious beings who exist in non-Euclidean realms beyond our understanding. You can follow him on Twitter at @ebonstorm.

Video Of The Day: SCIFI.radio Co-Production of ‘500 Miles of Rassilon!’ 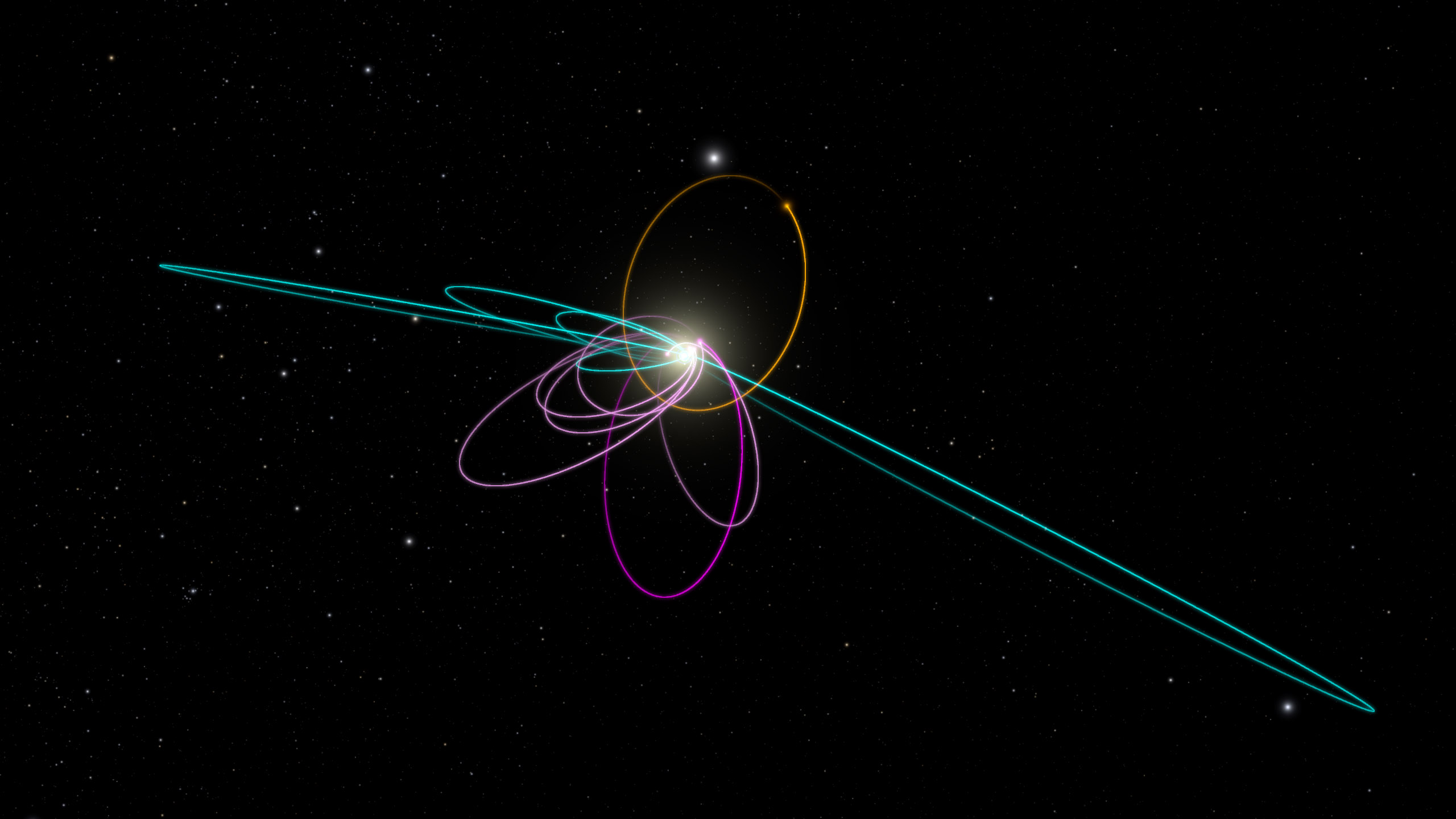