“We don’t have to be mean,” a certain would-be Einstein/James Bond/Batman once said, “’cause, remember: no matter where you go, there you are.” Unfortunately  if you’re Buckaroo Banzai, sometimes “where you go” is court, and then getting mean may be inevitable. Such is the case with the ongoing struggle between MGM Studios, the current distributor of the 1984 science fiction comedy cult classic The Adventures of Buckaroo Banzai Across the 8th Dimension!, and writer Earl Mac Rauch and director W.D. Richter.

In a statement published on the Banzai Institute Facebook page, Rauch and Richter claim that Rauch began creating the fictional universe in which Buckaroo Banzai is set a decade before the film’s release, though both the universe and the film itself have their ownership in dispute. In 1981, David Begelman, CEO and president of MGM Studios, was presented with a sampling of five potential stories about the character of Buckaroo Banzai, from which he selected one and hired Rauch to develop it into a screenplay. This would become the feature film released in 1984.

According to Rauch and Richter, though, the contract hiring Earl Mac Rauch was rather vague, referring to the source material for his screenplay as “the Property”, but not clearly defining this property. The statement on the Banzai Institute page reads:

“A problem arises (the root of the dispute) in that nowhere does MGM define in the contract exactly what underlying material was to be the source of Mac’s “work”. He was definitely not hired to write an Original Screenplay because the MGM contract specifically engaged him only to write a script based on what it called “the Property”, which the studio itself defined as “an original story idea by Writer”…an idea, as we know, that came to them in the form of an underlying treatment they never owned because its acquisition was never even mentioned in the contract. Instead, all of Mac’s fees were linked directly to his work only on the script itself!”

In short, although Begelman hired Rauch to write a screenplay based on one of Buckaroo Banzai’s stories, MGM never outright acquired the Buckaroo universe, according to Rauch and Richter. Therefore, they own the rights to The Adventures of Buckaroo Banzai Across the 8th Dimension!, but not necessarily future Buckaroo Banzai media or the characters, plots, and settings.

When Begelman was ousted from MGM, the Buckaroo project left with him, now the intellectual property of his own Sherwood Productions, where it would ultimately be produced. According to a FilmBuffOnLine interview with Richter, Begelman expressly denied interest in the overall Buckaroo Banzai universe, stating, “I don’t know what it is.” Sherwood Productions, in the decade following, was plagued by Begelman’s fraudulent activities, eventually collapsing before being reformed as Gladden Entertainment. Gladden declared bankruptcy in 1994, the year before Begelman’s suicide.

It is here, Rauch and Richter say, that it becomes extremely difficult to trace the ownership of the Buckaroo film itself. The chain of title, or the trail of ownership documents that is exceedingly important in matters of copyright and trademark law, has several gaps. The frustrated creators’ full trace of what can be pieced together from this chain of title is elaborated upon in detail in their Facebook statement. MGM, however, continues to refute all of their claims that they own, at the very least, the potential for further Buckaroo Banzai productions.

Now, two months after the release of a special Blu-Ray edition of the film and with Kevin Smith gearing up to create a television remake of The Adventures of Buckaroo Banzai Across the 8th Dimension! with MGM and Amazon Studios, the original creators of Dr. Banzai are asserting what they feel to be their rights to the property. Towards the end of the statement, they say:

“[Amazon and MGM] have no interest in involving Buckaroo’s original creators. This prompted us to pull out Mac’s foundational 1981 MGM contract to see what his rights actually were and if he might, at the very least, be due some sort of royalty payment should the series become a reality. We both now read contracts with far more sophisticated eyes than we did in 1981, and something popped out at us. We hired a top-notch intellectual property lawyer to read Mac’s contract to determine if we were misunderstanding what it actually said. We weren’t, he told us. Then he looked at the title search and read Warner Brothers’ assessment that the chain of title was plagued by numerous “gaps”. He wrote a letter to MGM asserting Mac’s rights.”

This situation has raised many questions in this era of more and more films evolving beyond the typical series format into “cinematic universes”, with Marvel paving the way for sprawling cinematic universes based upon DC comics, Star Wars spinoffs, J.K. Rowling’s Wizarding World which began with Harry Potter and continues with Fantastic Beasts, and the coming Universal Monsters classic horror reboot franchise. No one could have foreseen such a concept during the creation of Buckaroo Banzai in the early 1980s, but this case could set a very important precedent for future universe reboots. 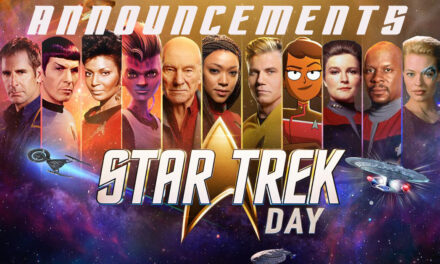 1st Look: Robert Pattinson in the Suit as Batman