Your Head on This Body- Without Photoshop!

In about two years, computer scientist Valery Spiridonov of Russia is expected to be the first human head transplant, bypassing the current need for Photoshop and the limitations of two-dimensional presentation of the popular photo editing software. He volunteered for the honor as a possible means to overcome Werdnig-Hoffman disease, a rare condition that destroys the motor neurons in the spinal cord and lower brain and leaves the sufferers trapped in a body without the ability to walk or even sit unaided. Dr. Sergio Canavero, an Italian neurosurgeon will lead a team of 100+ in the surgical procedure code named “HEAVEN,” an acronym for HEad Anastomosis VENture. Anastomosis is the technical name for surgically connecting or splicing two parts of a body part or system.

There has been no announcement on the donor body other than it will be healthy and brain dead. Inquiries are redirected to the eventual use of clones.

Internet news agencies and blogs have posted items ranging from the incredulous to the ridiculous to the skeptical. The reconnection of severed body parts to people who lost them is tricky enough, but the transplant between a donor and a recipient of relatively simple organs, such as the heart, is fraught with complications from compatibility and rejection risks. Nerve grafts from a living donor necessitates immune-suppressant drugs for two years while other organs are a lifetime of the same drugs, leaving the recipient vulnerable to disease. Nerve tissue regenerates slowly, about an inch a month, depending on the type of nerve and the damage to the nerve tissue.

But will it work?

Head transplants have been performed on animals since 1908 when Charles Gutherie successfully attached the head of one dog to another dog’s neck. In the 1950’s a Russian grafted up to 20 puppy heads onto an adult dog more than once. One such experiment had survivors of 29 days, though most subjects lasted only 1 to 6 days. Gruesomely, the notes from experiment two notes that the one month old puppy grafted onto an adult German shepherd displayed an autonomous reaction to milk, water and nipped and was nipped in return by the host dog. The puppy head also seemed to want to pull away, separate from the adult host. The common cause of death in the experiments were immune reactions. The donor and recipient rejected each other. These animal transplants helped to pave the way for the human transplants we have today which prolong and improve life for humans.

Immune reaction aside, there are also serious questions about the ability of one brain to control the body of another. Memory is not always cerebral. Muscles also have a type of memory response. Repeated physical activity trains the muscles to act under certain conditions. Just as a touch typist does not have to look at the keyboard or a dancer does not have to consciously measure the extension of steps so too have most people have “muscle memory” of the most common acts they perform. Grafting the head of a dancer onto a non-dancer will not allow the body to dance automatically. The brain remembers, but the body is untrained. Even grafting the head from one dancer to another will not instantly bring the life back to the steps of once controlled by the brain until extensive training is undertaken if and only if more than gross motor skills are recovered.

The viability of the transplant is also in question. The first human transplant involved a kidney from an identical twin. The recipient lived 8 years. The first human heart transplant lived 18 days, succumbing from pneumonia. In 2008, a breakthrough in technique may make anti-rejection drugs less necessary as the marrow of the donor is used to “seed” the transplanted body part, in this case, an airway.  Rejection remains a large concern. Dr. Canavero does not anticipate a 100% recovery for Valery, but sees this first operation as a stepping stone to better method and eventual use of clones to offset the rejection of the donor body. He sees a future in 20 to 30 years of life being extended via head transplant.

Science fiction has a long tradition of cautionary tales concerning the morality of such human experimentation and the results. From 1816 when young Mary Shelley penned Frankenstein to 1896’s Island of Doctor Moreau by H G Wells to Phillip K Dick’s visions of dystopia in Bladerunner, the ethics of treating human bodies as lab experiments or even product has been explored and called into question. So far, the Russian Orthodox Church has come out against the procedure because it takes the position that the souls of both the donor and the recipient will be mingled. Spirituality aside, as the donor has to be living, the source of such donations becomes a ethical nightmare. Does organ donation also mean full corporeal donation? What of legal identification? With an entire new body comes new foot, hand and finger prints. Identifying scars and tattoos will be lost and inherited.  So far, the legitimacy of the ethical debate has been rendered a non-priority. Since July of 2013, the internet has been strangely silent on the moral and ethical implications of this proposed medical breakthrough due to the perception of its science fiction nature as opposed to its scientific nature.

Your head. On this body. Look, Ma! No Photoshop!

Apparently in 2019 Mr. Spirodonov decided against the procedure, as it would take him away from his family for several months during a time when he and his wife had just welcomed a new son. 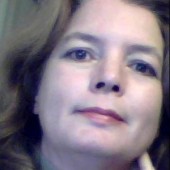 Abusive DLC and Net Neutrality: Branches on the Same Tree