Four-Color Bullet is back, and we are aimin’ to misbehave! It’s been a busy week, with all kinds of juicy picks, so let’s just run them down, shall we?

From Marvel this week, Storm is New York City investigating the disappearances of some wayward teens, not suspecting that the culprit is one of her oldest and deadliest foes, in Storm #2; Deadpool is called in to generate book sales– I mean, um, help the Secret Avengers on a mission, in Secret Avengers #7;  and it’s the Mighty Avengers, with some help from the original 1970s team, versus the Deathwalkers for the life of Blade and the survival of humanity, in Mighty Avengers #13.

On shelves from DC this week, the hotly anticipated Multiversity #1, as a team of heroes from all 52 worlds must assemble to defeat a menace that could destroy the Multiverse. And Captain Carrot is back! Red Hood and the Outlaws are dealing with the fallout from Starfire’s past, when a secret foe arrives to make things worse in Red Hood and the Outlaws #34; Batman’s Bat-Robot! Taking out crime in Gotham! Is the Caped Crusader obsolete?! Find out in Batman ’66 #41!

From IDW this week, The X-Files: Zero Year continues in its second issue, as a pair of FBI agents from the 1940s investigate the mysterious Mr Xero, as the events leading up to the creation of the FBI’s X-Files unit is revealed; and the Turtles are transported by a new foe to another dimension, where they are forced into combat with some of the deadliest warriors in the universe, in the 2014 Teenage Mutant Ninja Turtles Annual.

And Dark Horse Comics rounds out the bullets with Buffy the Vampire Slayer: Season 10 #6, when a simple exorcism is not so simple, and Buffy and the Scoobies are forced to fight a demon who fights back with their childhood fantasies. Joss Whedon approved!

Mark Waid’s Daredevil has consistently been one of the best all-new titles to break out of the Marvel gate; this one is no exception. I might liken this particular issue to a Very Special Episode kind of story. In this Original Sin tie-in, Matt, like other heroes in New York at the time, was bombarded with potentially devastating secrets about his life.

Matt was shocked last issue to have the revelation that his dad, Battlin’ Jack Murdock, a man that Matt worshipped as a child and who played a significant role in his becoming a lawyer as well as Daredevil, may not have been a nice guy. Matt received troubling flashbacks of his dad standing over his mom, while his mom lay bruised on the kitchen floor.

To learn the truth, Matt goes searching for Maggie, his mom, who later abandoned him and became a nun. He discovers that she and three other nuns have been illegally arrested and kidnapped by Wakandan forces, and taken to Wakanda after they discover some nasty goings-on by that government on United States soil.

In part two of this story, Matt makes it to Wakanda, brilliantly rescues Maggie and the others, and heads home. During the ride back to the states, Matt finally confronts his mom about why she left, and what follows is a poignant and moving scene where Maggie confesses to postpartum depression that hit the emotional keys, and was even so prophetic regarding Robin Williams’ death as to be downright eerie. We learn that the the scene Matt received was a scene of Maggie attacking Jack Murdock and falling to the floor. This is important for one reason. Matt Murdock idolized his dad. Everything Matt is, he owes to his dad. If it were revealed that Jack was a wife beater, it would have undone Matt’s reason for living, and changed the whole dynamic of Matt’s world. So not only do we get this great tale of Matt rescuing his mom from Wakanda, we’re forced to wonder for a whole month, was Jack Murdock not the man we knew? And Mark Waid was brilliant and mindful of the character, to turn that all around.

My only dislike? Wakanda. Not that Matt’s mission to Wakanda was at all far-fetched, it just seemed forced for a story that really could have taken place in New York or San Francisco. Although I know what Waid was driving at, in that there’s nothing Matt wouldn’t do or nowhere he’d go for justice, or his mother.

This is some of Mark Waid’s best writing work, on a book that is always well written. And penciler Chris Samnee takes a break this issue, leaving the talented Javier Rodriguez to share storyteller duties in the artist’s seat. I brag and glow about Daredevil  every month because it’s that good. And I’ve been a Daredevil fan for years, even during the dark and hateful Bendis and Maleev years. It is always a must-read, and the first title I read in my pile. Every month. Good, good stuff all the time. And when comics are at $3.99 an issue, quality is what you want.

I stumbled across this one thanks to my editor, being the fine enabler that she is.  *grin*  Dynamite is an up-and-coming comic publisher who is printing critically-acclaimed stuff like Green Hornet, Six Million Dollar Man, and Battlestar Galactica series, both old and contemporary. So you can take your pick with whichever version of BSG you like.

This month, Dynamite released a third BSG title that is just absolutely freaking brilliant, and if you’re a steampunk fan like me, it’ll make you happy. Steampunk Battlestar Galactica: 1880 follows the crew of the Aethership Galactica in their struggle against Professor Baltar and his Cylonic warriors, clockwork robots loyal only to him.

In this beginning of a four-issue steampunk tale, the twelve colonies have just ended a war with the Ovoid race, using Baltar’s clockwork Cylonics to defeat them. But Professor Baltar had higher aspirations. He didn’t want to just save humanity — he wanted to rule it. Following an argument with Archduke Adama, Baltar takes his Babbage computer, Lu-C-Fer, and leaves Adama and the others behind, never to be seen again. At least until he turned his Cylonics on Caprica …

I won’t say anymore because the rest has to be seen to be believed. Writer Tony Lee, who co-wrote the fantastic Star Trek: The Next Generation/Doctor Who crossover, gives everybody a swashbuckle-y, steampunk twist and it’s beautiful and grin-worthy and just downright fun. And this was the first time I’ve had the privilege of seeing the artistic team of Aneke and Alex Starling, but the pencils were crisp, the colors vibrant, and best of all, you knew who was who on the page. And kudos to them for maintaining the steampunk look throughout.

I learned a long time ago from Joss Whedon that you can turn any word into an adjective by adding “-y,” so I stand by “swashbuckle-y.”

My only dislike, and it really isn’t a dislike  per se … to be honest I don’t know what it is beyond maybe a tongue-in-cheek thing. Anyway, there’s a scene involving steampunk Starbuck that is very reminiscent of a scene in Star Wars Episode IV, where Han and his new passengers go to board the Falcon and Luke gives Han some lip about the spaceworthiness of his ship, then Jabba comes out … remember that  one? I can’t tell if it’s an homage or a rip off. It’s a fun scene, don’t get me wrong, but I felt like the whole thing just took too long.

I was glad to have found this book because I would have kicked myself if I hadn’t. Steampunk fans and Battlestar Galactica fans rejoice. We just got a geek-filled Reese’s cup and it all tastes good.

And that is Four-Color Bullet for this week. Email and comments if you have opinions on my adding “-y” to words, or anything else you want to discuss. Have you seen that cray-cray Spider-Woman variant cover yet? You haven’t?! I wrote a whole editorial on it. Go read it and tell me how curmudgeonly I am.

It’s a good time to be a comics fan. See ya next week. Go Vols! 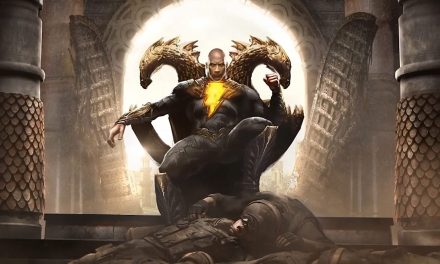 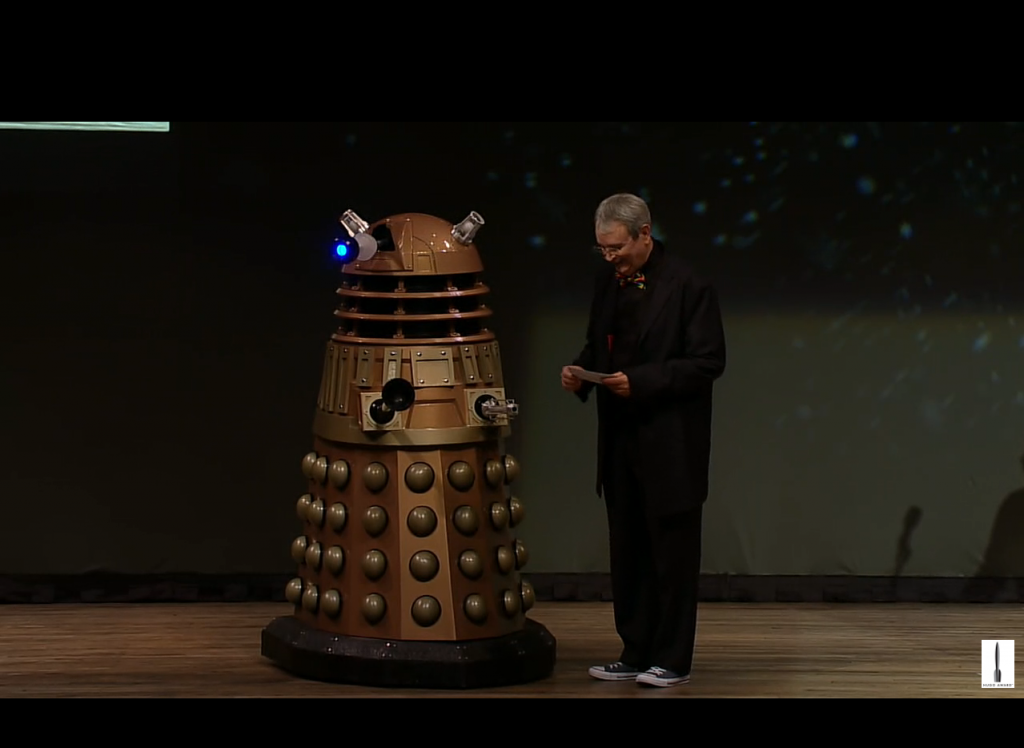 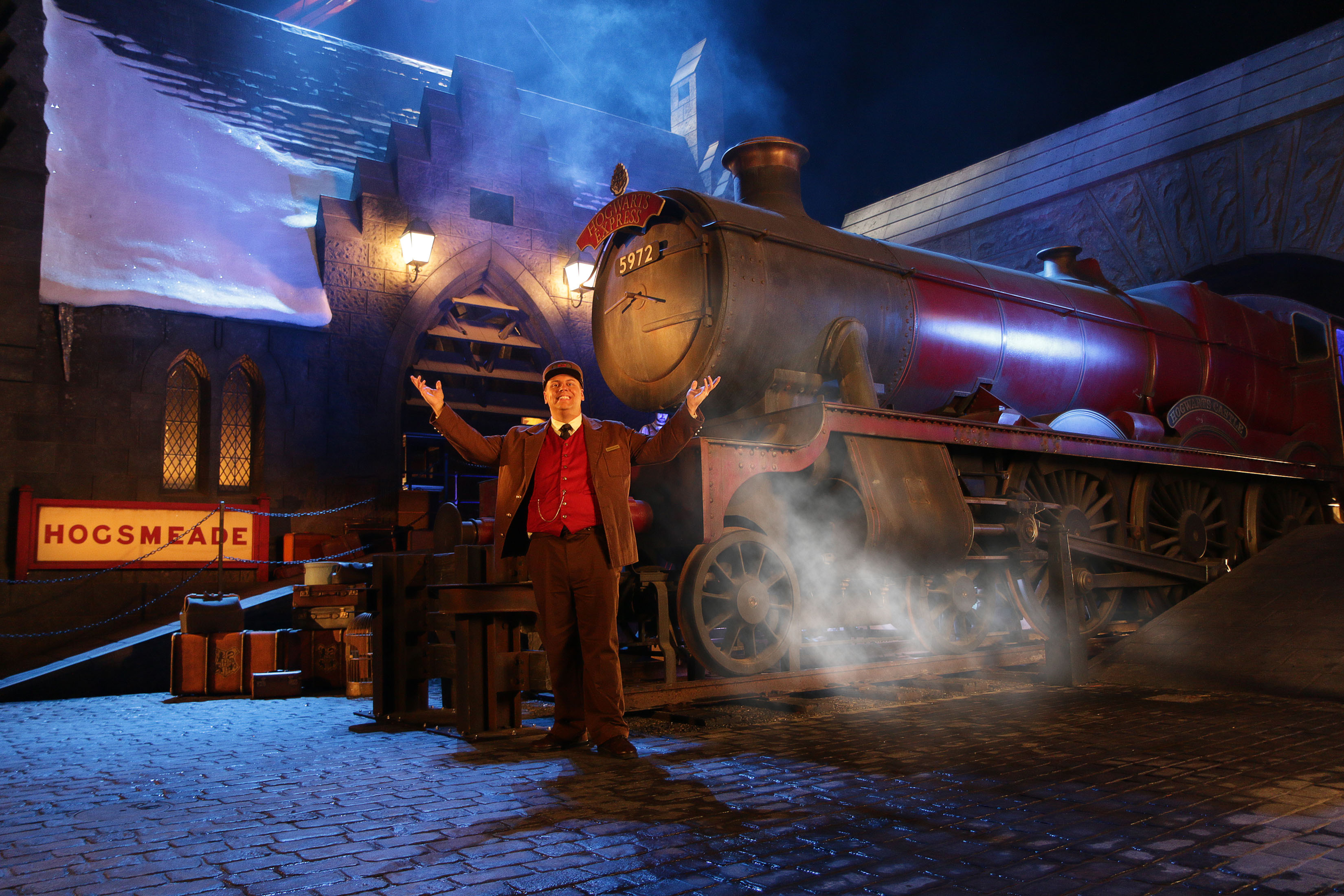