The Iberian peninsula at night. Photo by NASA.

NASA has sent out a request for help to all “citizen scientists.” NASA is making available photographic images ranging from the Mercury missions in the 1960’s through current ISS photos. The catalog contains over 1.8 million photos, a majority from ISS, and about 30% taken at night.

Images taken from ISS before 2003 were a bit blurry, because the station moves so quickly. In 2003, astronaut Don Pettit cobbled together a “barn door tracker,” which was the predecessor to the European Space Agency’s Nightpod, installed in the International Space Station in 2011. Its motorized tripod compensates for the station’s speed, providing what NASA scientist William Stefanov says are the highest-resolution night images from orbit. These devices helped make the images less blurry, but it is now harder to pinpoint where exactly the camera is pointing.

This is where we come in. The Complutense University of Madrid is spearheading the cataloging efforts, and have broken down the photos into three categories. The first one, called “Dark Skies,” requires no real scientific skill. These photos merely need to be sorted and identified. Is the subject a star, a city on our planet, or even the moon? Humans have been found to be much better at complex image analysis than any algorithm (Captchas, anyone?), so a glance at the photograph can identify the subject.

The second category is photos of cities at night. If you’re familiar with a city, perhaps you can identify it from these night photos.

The last category is “Lost at Night.” In this category, the subject may be a smaller town within a photo with a 310 mile radius. It could be oriented sideways or even upside down, depending on how the space station was positioned and how the astronaut positioned the camera.

Although about 20,000 of the photographs have been classified, NASA wants multiple views to help ensure accuracy. Gathering this data will help us learn more about light pollution and patterns, improve understanding of atmospheric chemistry, save energy, generate light maps of cities, and help plan for better street lighting for safety.

If you want to participate in this project, go to The Gateway to Astronaut Photography of Earth. Then click “For Fun” on the left side, then select “Image Detective.”

Brandy Grote likes many things, mostly being a nerd. She will try nearly anything. She is fortunate to be married to a fellow nerd. Someday she will finish all her craft projects – wait, who is she kidding! 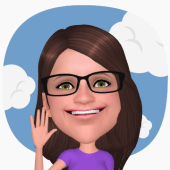 Brandy Grote likes many things, mostly being a nerd. She will try nearly anything. She is fortunate to be married to a fellow nerd. Someday she will finish all her craft projects - wait, who is she kidding!

Last Year Dr. Karen Uhlenbeck Was the First Woman To Win the Abel Prize: Who Will Win This Year?

Embrace the Code, Enhance Your Life

Earth turns into a giant dance club for aliens and everybody lives but occasionally has strange dreams.
The End.
%d bloggers like this: