Video of the Day: Peter Capaldi 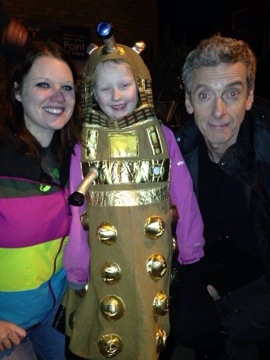 During the Series 8 filming of Doctor Who in Cardiff Bay, Peter Capaldi and Jenna Coleman chat with a young fan. The tiny girl dressed as a Dalek is autistic. Matt Smith’s Doctor is her imaginary friend, and she’d been finding it hard to deal with the regeneration as she was worried Peter Capaldi’s Doctor wouldn’t want to play with her.  The little girl’s name is Roxann.  She and her sister, her mother and her aunt had all gone to Cardiff Bay on holiday, and had the good fortune to be there when Doctor Who was shooting. They got to talk to Jenna Coleman and Samuel Anderson, and got their pictures taken with them, but were initially told that Peter Capaldi wouldn’t be there that day, but could they come back tomorrow?  Of course they happily agreed.

After waiting on the sidelines watching scenes being shot, they finally got their chance.  Peter Capaldi was a prince.  He understood Roxann’s plight, and looked in his phone for a picture of him, Matt Smith and Jenna Coleman all together.  He showed Roxann the photo, and asked her, “Do you see who that is?” Roxann replied, “Matt.”  Then Capaldi said to her, “They say it’s okay for me to be the Doctor, so I hope you think it would be okay for me to be the Doctor too.”

And this is the point where all the Capaldi haters can just shut up, because Capaldi just proved himself Doctor-worthy.

The original video was posted by Leanne Roberts. SCIFI.radio stabilized the handheld footage, improved the image quality so you can clearly see what’s going on, and carefully enhanced the audio as best we could to make Capaldi and the little girl more clearly audible. 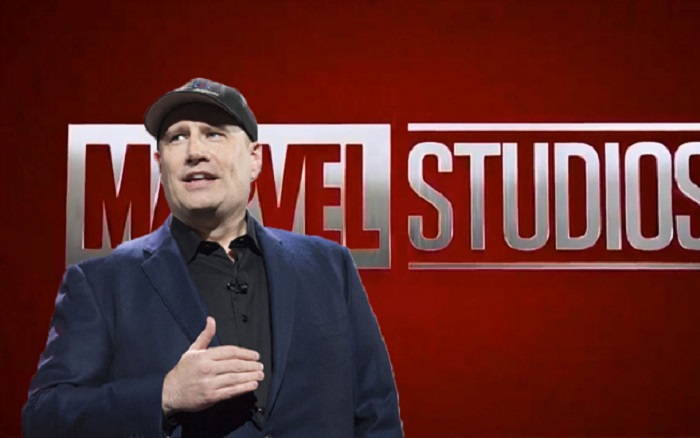 Video of the Day: I Don’t Need a Man