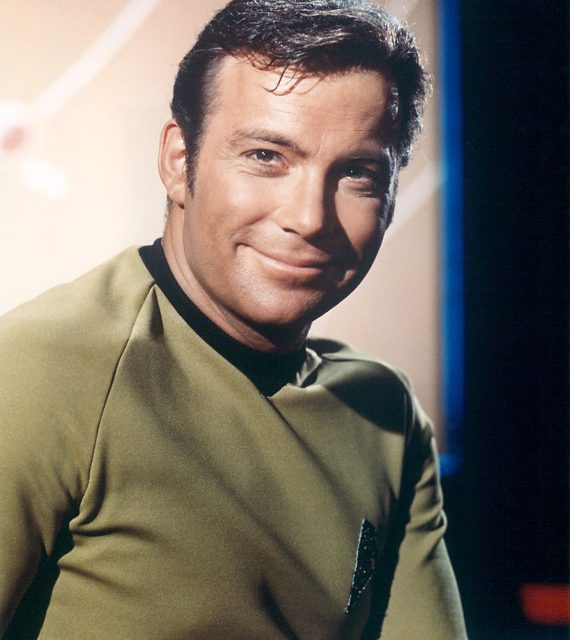 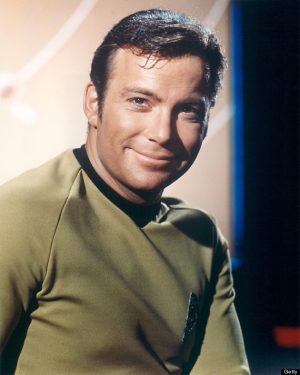 William Shatner, Canadian actor, in a costume, smiling in a publicity portrait issued for the US television series, ‘Star Trek’, circa 1968. The science fiction series starred Shatner as ‘Captain James T Kirk’.

Captain Kirk is 82 years old today!  Of course, he also hasn’t been born yet.  Actor William Shatner is best known for his role as the irrepressible Captain James T. Kirk (the T. stands for Tiberius, as established in an episode of Star Trek: the Animated Series written by David Gerrold). Shatner reprised his role many times in numerous Star Trek films, making his final appearance as Kirk in 1994’s Star Trek: Generations.

The award-winning actor remains known for his movies, his television work (“Boston Legal,” “$#*! My Dad Says”), his booming voice, and even his musical (un-musical?) and literary careers.

Though Shatner was born March 22, 1931 in Montreal, Quebec, Canada, the captain of the Enterprise was (will be) born March 21, 2228 in Riverside, Iowa.  That’s a little over two centuries from now, but it hasn’t stopped this town from cashing in now on its future good fortune.

A plaque behind a former barber shop marks the spot for present (and future) fans. Riverside wanted to put up a bronze bust of Captain Kirk, but Paramount wanted an almost extortive amount of money to license the image. Instead, they built a scale model of a galaxy class starship called the USS Riverside which bears a remarkable resemblance to the USS Enterprise and put it in their town square.

Riverside is the setting of an annual celebration of Kirk’s birthday, swelling the coffers of local businesses such as “Future Designs By Carol” and “Flower Trek” (sadly, the Bar Trek saloon sold out and is no longer there).

The town is also home to the Voyage Home Riverside History Center, a small two-room tribute to the connection between the town of Riverside and the famous starship captain.

Friends, I don’t ask for “likes” very often, but this is an exception. I’ve been informed that in honor of Bill Shatner’s birthday, “Hulu” will be offering free on-line viewing of episodes from ALL FIVE of the Star Trek shows through the end of March. This is a great opportunity for parents who grew up with Star Trek to introduce their kids–truly the “next generation”–to this groundbreaking franchise. Access this link from your computer, not a mobile device, I’m told. Happy viewing, and please pass along the word.

Can Hellboy Succeed Without Ron Perlman?

“Shenmue III” for Playstation 4 On Track for August 2019 Release 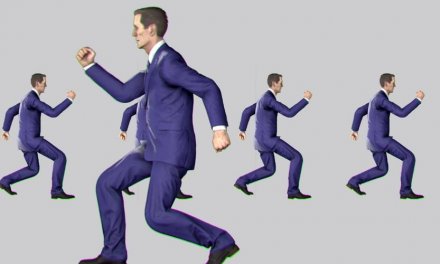 Video of the Day: Half-Life: Alyx’s G-Man Sings Talking Heads’ ‘Once in a Lifetime’