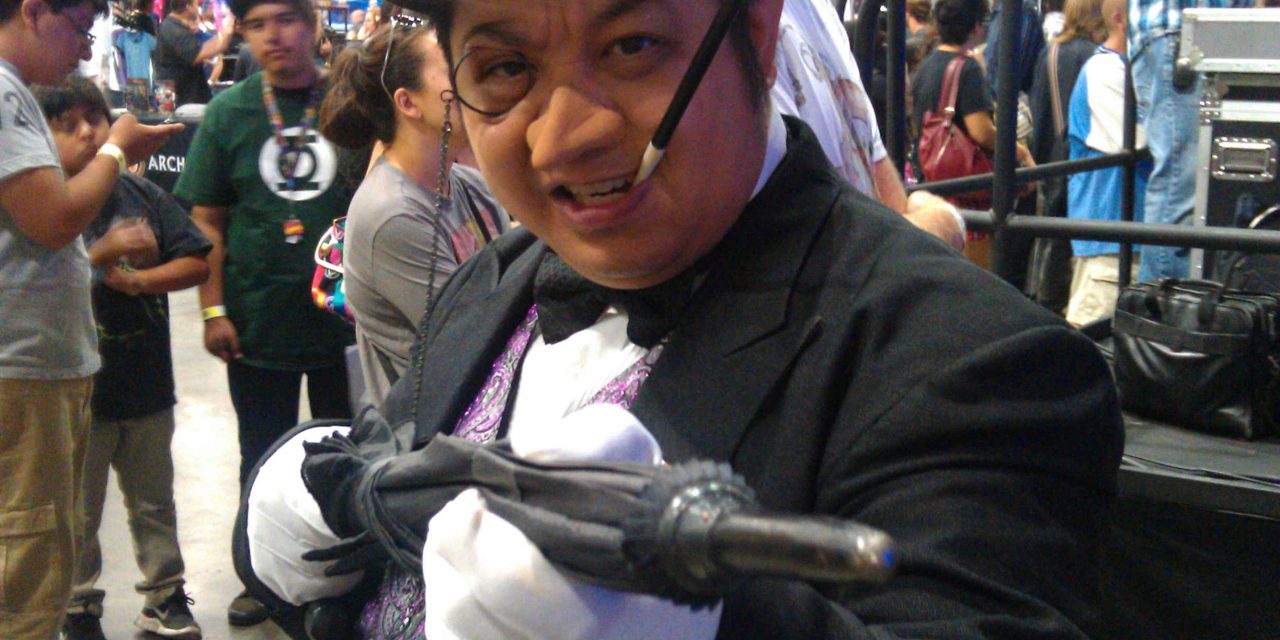 Eric Cajiuat, aka Jedi Elvis, also does cosplay as the Penguin. This photo of Eric was taken September 15, 2012 at Stan Lee’s Comikaze Expo 2012 at the Los Angeles Convention Center.

This is Eric Cajiuat, a.k.a. Jedi Elvis.  The SCIFI.radio staff ran into him at Stan Lee’s  Comikaze Expo in Los Angeles on Saturday and he was cosplaying as The Penguin.  Here’s all the info on Jedi Elvis:

Eric is an Elvis Tribute Artist who also happens to be a Star Wars fan and he’s  combined his two loves into an Elvis Tribute Band that sings Elvis songs, but with Star Wars-themed parody lyrics that he’s written myself.  He formed the act with the simple question, “What if Elvis were a Jedi?”  If you’re thinking “That’s crazy!”, you’re absolutely right.  But 1090 fans (and counting) on Facebook would agree that it’s the kind of crazy that works.

He and his band, The Rockin’ Rebel Alliance, has played venues like the House of Blues in Anaheim and San Diego, Alex’s Bar in Long Beach (“Fangtasia” from True Blood).   His band has also performed at Nuke the Fridge Con and Wizard World/Anaheim Comic Con.  He’s also appeared in movies, “The People Vs George Lucas”, “Comic Con IV:  A Fan’s Hope” and “ComicCosplay:  The Documentary” as Jedi Elvis.

It’s silly.  It’s crazy.  And a little goofy.  But watch the video, and you’ll find that despite all this it’s also guilty fun and puts a big smile on your face.

You can find the Jedi Elvis Facebook page at www.facebook.com/jedielvis and his website is www.jedielvis.com, which is actually just a collection of links to the Facebook, Twitter and YouTube pages.  If you click on the My Band button the the Facebook Jedi Elvis page, there’s a music player with everything he’s ever set down as a track and it’s all free to download.
Enjoy.  And don’t laugh and snort Coca Cola through your nose when you watch this.
Honestly, that’s a real hazard.
Obi-Wan has left the building.
– 30 –

The Falcon and the Winter Soldier: The True Tragedy of Lemar Hoskins 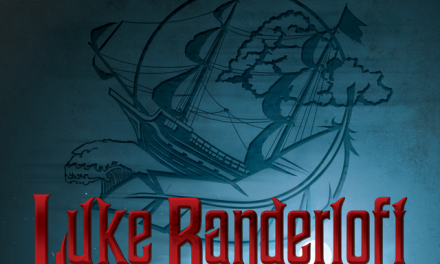 Kickstart This: Luke Banderloft and the McFarven Pirates Web Series 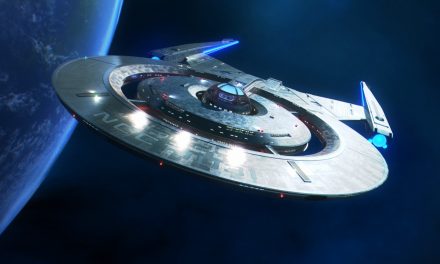 Earth phases into an alternate universe where there are aliens who want to plug us into a power grid and use us as living batteries and cannot be destroyed by a bunch of kids playing disco music on boom boxes and they are turned into weird rocks that all look suspiciously like either Elvis or Madonna, but nobody can agree on which one it is.
The End.
Loading Comments...
%d bloggers like this: